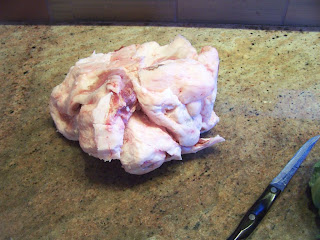 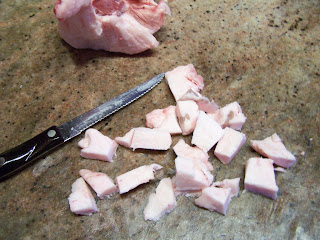 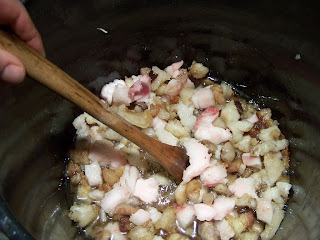 Ok, WARNING - if you are a vegetarian this might gross you right out!
I have really been getting into making my own lard. It's great for making pastry and for cooking with. I have been lucky enough to get really good quality local fat that would otherwise be thrown out from John Nyman. All I have to do is render it and this is how I do it. The fat is frozen so you have to let it half thaw out. It's easiest to work with if it's only semi frozen. So, I cut the fat into 3/4 inch square chunks and put them in a pot on the stove on med/low heat. The chunks melt down but never disappear. The length of time this 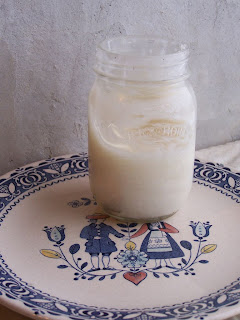 takes depends on how much fat you have. I think it took about 1/2 an hour for this batch. I strained everything through a paper coffee filter into glass jars and ended up with pure white lard. The chunks are called cracklings and we tasted them but thought they tasted too much like chunks of fat. Maybe there's a secret to preparing them to make them taste better - possibly lots of salt. I love having a jar of lard in the fridge - we will make it through the winter.
Posted by Bay Woodyard at 3:00 PM No comments: 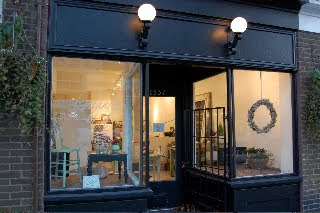 Just before Christmas we started selling our products at this lovely flower shop on Queen St. W (in Toronto) called Coriander Girl. The charming proprietor, Alison Westlake, sells flowers, antiques and gifts. Check out her shop if you're in the area - 1537 Queen St. W.
Posted by Bay Woodyard at 10:10 AM No comments: 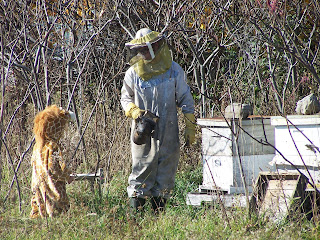 This is my honey man working on the bees with our son the giraffe. The giraffe suit provides some protection from bees but needs a veil over the face. Luckily he's not afraid and the bees sense it and leave him alone.
Posted by Bay Woodyard at 10:22 PM 2 comments: 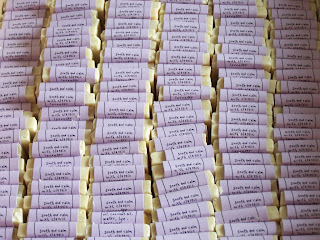 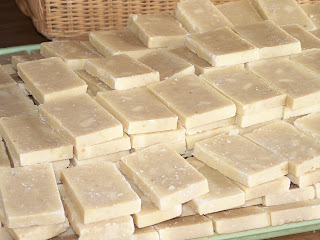 We make mini bars of handmade soap for the Gladstone Hotel in Toronto. They get our lavender soap and this is what it looks like - labeled and unlabeled. So, we make the soap one day and let it cure overnight. The next day we can cut it. Our friend Sean made us a really cool cutter that uses wires to slice the soap. Then we put the labels on and it's ready to go to the Gladstone.
Posted by Bay Woodyard at 10:13 PM No comments: 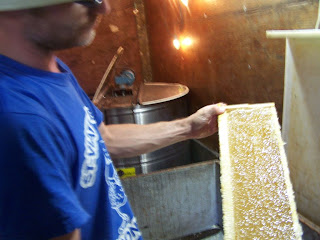 Here's my honey man at work extracting honey. Our honey house is festive with Christmas lights even in August which is when I took this picture. The frames are uncapped with a special sharp uncapping knife and then put into our 20 frame extractor you can see in the background. The extractor stopped working this summer and I had to get our neighbor Andrea in to look at it. She took the gear box off and I talked on the phone to a lovely woman at the Dadant parts plant in Georgia who told me what the problem was and what part I needed. I felt so cool when the part arrived and Andrea put it back together and it worked! Yay team!
Posted by Bay Woodyard at 9:36 PM No comments:

Email ThisBlogThis!Share to TwitterShare to FacebookShare to Pinterest
Labels: honey 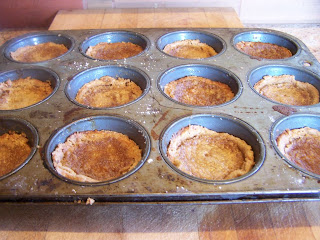 This is a tray of honey pies I made - actually honey tarts. People are always asking me if I make honey pie so here is the evidence! They are sort of like butter tarts but way better because they taste like honey. Here's the recipe:

-in a saucepan bring the honey to a boil
-quickly beat eggs into honey
-beat in rest of ingredients
-pour into pie shell
-bake at 325 degrees for 25 min. until center is set.

Many variations are possible including adding 1 cup of pecans or sprinkling coconut on top or fresh blueberries.......
Posted by Bay Woodyard at 9:26 PM No comments: